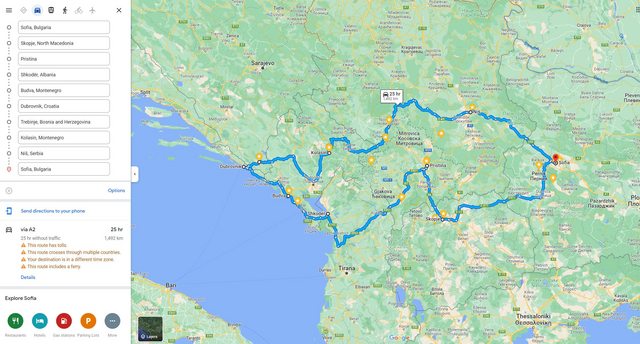 Around a month ago, I created a post asking for tips for a road trip in the Balkans, stating that I only had 7 days.

Despite a lot of discouragement, I did it anyway and I'm just gonna share some details with you in this post. So far, it was a great trip but driving in the Balkans aint the most pleasant experience. Feel free to ask me anything.