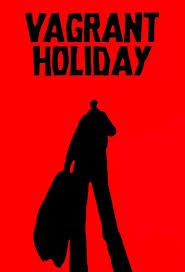 Bros I tried it, probably in the easiest city on earth to do it (Melbourne), and I only made it 3 nights before I said fuck this and got a hostel.

I don't know how the fuck he does it, he must have ZERO fear response, extreme low inhibition. I tried to sleep stealthed in a lot area but I was so scared, every little sound could be danger I literally lay there heart pounding. And I was too scared to get in my sleeping bag so I used it like a blanket but it was freezing.

Next night I just tried sleeping at the bus station but it was so scary there were homeless and crackhead there and the security kept waking me up and hassling me. Third night I was just so fucking exhausted I slept in the day in a park up until late evening and then just stayed up all night, and then finally got a hostel. It was so worth it, to feel safe, to shower, to have some sort of feeling of "home".

I don't know how he does it. I'm so scared of some junkie of crackhead waking me up with a knife in my face , or I've watched liveleak videos where people set homeless on fire in there sleeping bags. What if someone just snuck up on you and threw a brick on your head when you're sleeping? It's too scary. He must have nerves of steel.