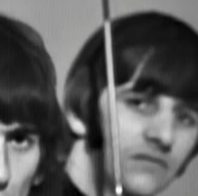 >me and my girlfriend going back from london to new york
>after waiting in an uber going fucking only 50 mph on a highway, we arrive only 15 minutes before our flight
>we don't think we will get there on time with the strict security and luggage checks
>asks someone who works there how fast it would take to get everything checked
>this fucking guy has no clue what to say, so he recommends that we buy his fucking solar panels. the motherfucker didn't even work there
>we walk away and stand in a line for who knows how many minutes
>it turns out we were actually in the line going to brazil, and in our rush to get to the right line, we missed our flight
>complain to the employees
>they say that we should have heard them on the announcement saying that the new york flight was on gate 69 or whatever
>i was taking none of this. i mentioned the solar panel salesman they let direct passengers, and they said they'll "look into it" we're both pissed.
>we decide to not be so mad and that it wasn't all their fault
>the manager happens to come out and make it up to us by giving us fucking postcards. i was done at that point.
>i tried to be calm and ask him when the next flight was
>2 hours
>my gf is even more pissed now. we realize that we are kinda being spoiled entitled brats so we suck it up and wait on a bench
>we have to sit next to a woman trying to shut up her crying toddler, some elderly european men arguing over estonian politics, and some guy fucking moaning for no reason for 2 hours
>about 1 hour later we hear that the next flight to new york is arriving in 10 minutes, and this is the last call
>we panic and start running to the gate
>we somehow make it because the line is basically everyone else who missed the first flight
>we get on, and it is even worse
>some guy is jerking off, 10 crying infants, some guy snoring loudly, and the smell was awful