Kolmanskop was once a small but thriving town, founded by German miners and their families in the early 1900s. Now it's a ghost town, attracting countless tourists and photographers from all over the world who want to see its surreal landscapes first hand. In 1908, a man named Zacharias Lewala, stumbled across a diamond while working and brought it to the railway inspector August Stauch to confirm what it was. Not only was it authentic, but the area was full of them. Word got out and suddenly miners and their families had settled in and lined the streets with German architecture. Quaint home, hospitals, a theater, as well as the first tram in Africa and the first x-ray station in the Southern Hemisphere were erected here. 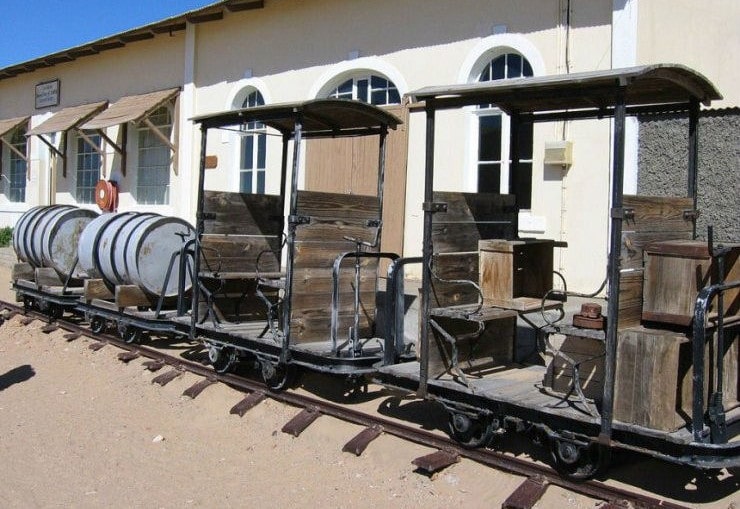 The people were thriving and the town flourishing, rich with diamonds until after the World War that is. The price of diamonds began to drop and another location further south had a significant amount of much larger diamonds than the people of Kolmanskop were unearthing. By 1954, everyone had packed up and left the little village behind. Beautifully crafted, brightly colored homes were left empty and opened to the elements. While the rough desert winds have taken a toll on the paint, its dry heat works to preserve the remaining wood within the structures.

In Comes The Sand Over time, the wind brought in more and more sand. Slowly the desert has been filling nooks and crannies throughout the little village. The wind gusts will cover then uncover various parts of Kolmanskop throughout the span of a single day, making for unique scenery each time it's looked upon.

The desert has taken the town for its own, weaving its way through buildings, spilling through houses, and consuming entire rooms like a surreal painting come to life; haunting and beautiful.

A Resurgence Of Sorts 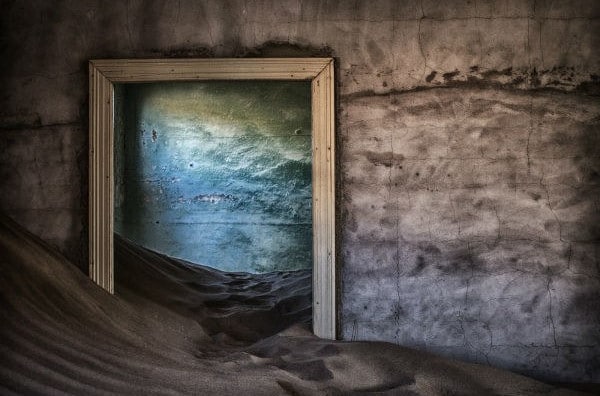 Kolmanskop may no longer be inhabited or producing diamonds, but it is a rare gem in its own right and still has a spotlight on it. It's unique, visually stunning, and travelers and photographers alike can't seem to get enough of this place.

A Hit With Hollywood With such a dreamy look and feel about it, it's no wonder filmmakers began seeking permits to shoot their upcoming projects there. Kolmanskop has been used as the location for various films and television shows including "The King is Alive," "Dust Devil," and "The Mantis Project." De Beers Mining Company performed minor restoration work and established a museum in Kolmanskop back in 1980. Their efforts have helped preserve this piece of diamond mining history while opening an eerie collection of architecture up to the public. Many share the belief that the town wasn't completely abandoned in 1954. Some say the spirits of those who died when the town was at its peak are still there. Paranormal investigators, including SyFy Channel's, Josh Gates of "Destination Truth," have set out to capture paranormal activity on those sandy slopes. While Kolmanskop is open to the public, it is still located in a restricted area. Tourists need to be cleared before entering, but once they've received a permit they are free to join a guided tour that allows them to go off and explore solo.