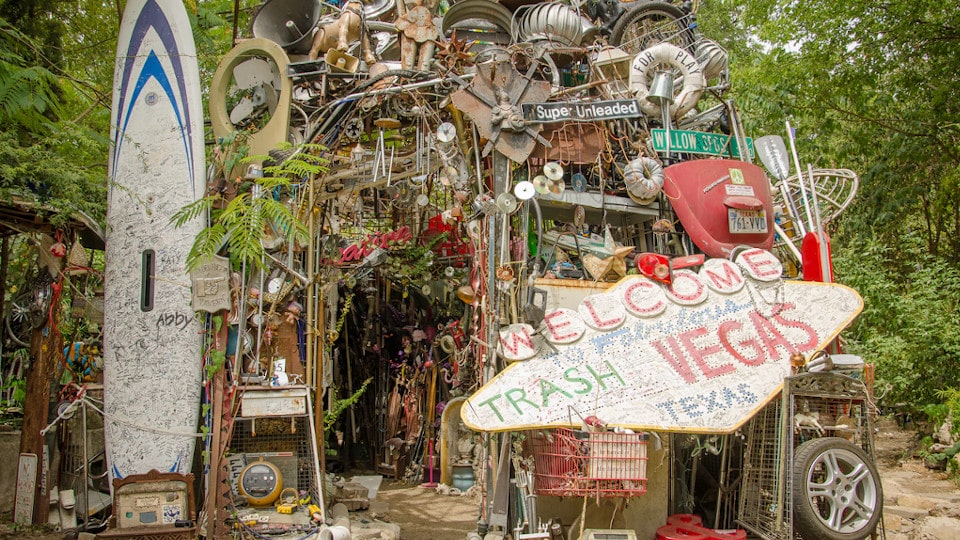 Texas is potentially the state with the most individuality and liberty per square mile, and it makes no apologies for it. With little use for the opinion of authorities before they stick a spade in the ground, Texans have adorned their state with an array of strange and unique physical landmarks and properties.

Topping the charts is the very unique Sparky Park, Austin. That such a prime piece of land has been given over to artwork is impressive, particularly since, according to Texas Land, 96% of land in the state is privately bought and sold on the open market.

Sparky Park, built from what was an electrical substation, is a little patch of madness in the hubbub of Austin. Named by locals after the somewhat worrying substation sparks that would occasionally shower from the previous usage, it now has a grotto wall built from stones recycled from local ranches. Petrified and frazzled trees have been built from these materials, matching the chaotic-looking and shakily built walls, many of which are peppered with local items put there by locals: a curious but incredible show of local community. 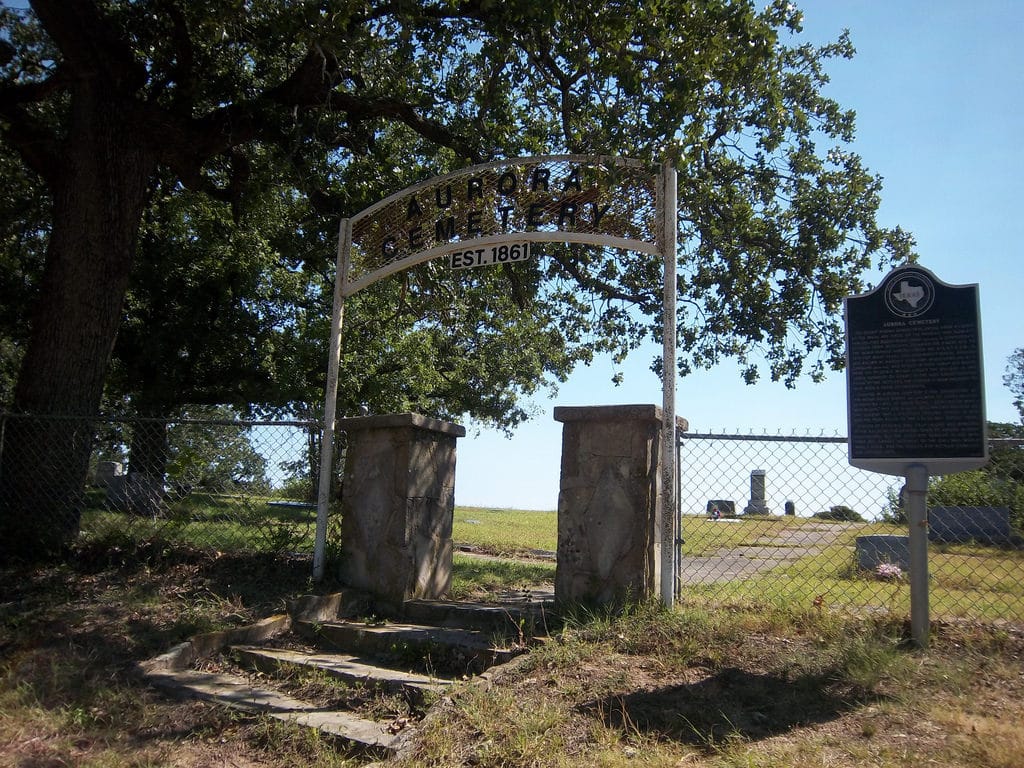 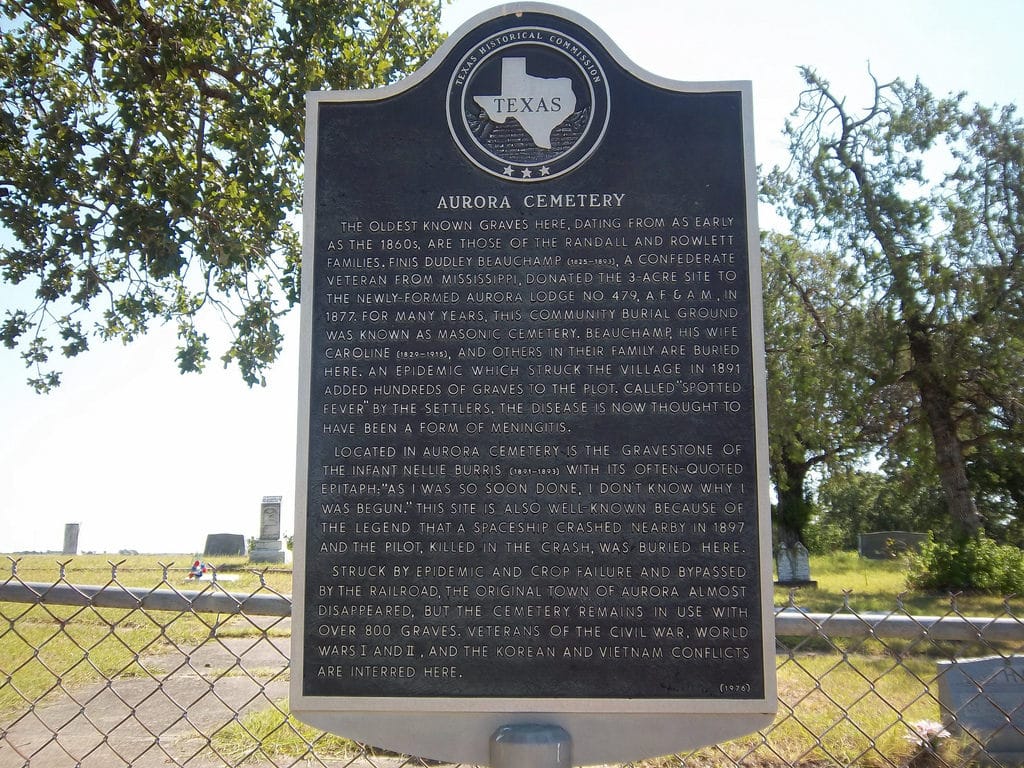 America in 1896-1897 was beset by UFO fever. "Mystery airships," UFOs that is, were being seen all over the country, with occupants described as appearing like humans, but with unusual mannerisms and clothing. Historian Mike Dash summarized the 1896–1897 series of airship sightings like this:

Not only were [the mystery airships] bigger, faster and more robust than anything then produced by the aviators of the world; they seemed to be able to fly enormous distances, and some were equipped with giant wings... The 1896–1897 airship wave is probably the best investigated of all historical anomalies. The files of almost 1,500 newspapers from across the United States have been combed for reports, an astonishing feat of research. The general conclusion of investigators was that a considerable number of the simpler sightings were misidentification of planets and stars, and a large number of the more complex the result of hoaxes and practical jokes. A small residuum remains perplexing.

That's the context for an April 19, 1897 edition of Dallas Morning News that alleges that Aurora was the final crash site for one of these mystery airships. The article says it dropped out of the sky and smashed through a windmill and garden belonging to a local judge. The locals supposedly found a little "Martian" alien inside, but it had perished in the crash. They buried it under a tree in the Aurora cemetery and the site has seen various markers over the years. The one in the picture has now unfortunately been stolen. The place is still easy to find, being at the Dallas end of Aurora town.

Whether true or a hoax to drum up tourism, it certainly is a beautiful place to bury an alien.

Sandra McKee is a super fan of the 1960s show, The Munsters. So much so, that after meticulously watching, re-watching, and documenting every episode, she took the next step and built a life-sized replica of the spooky family's house -- including the secret passageways and props from the show. The house is at 3636 FM (Farm-to-Market Road) 813 in Waxahachie and you can book tours for $30 per person with groups of four or more.

Located in Galveston, most of which is on stilts to protect against flooding, The Kettle House has mysteriously stood the test of time, with its roots now settled for 50 years. Allegedly constructed as a house from a gas and oil storage tank, Houston Public Media recently featured the property as it had finally been renovated into something usable.

These days, you can get your hands on the property by renting it out as an Air BnB, though reports suggest it has been pretty much fully booked since its complete restoration. Texas features many of these strange metallic ruins across the state, a nod to the individualistic and fiercely independent homesteaders who first made the state home.

The Cathedral of Junk (Austin)

Vince Hannemann is the man you want to contact if you want to experience 60 tons of discarded stuff collected, stacked, reconfigured, and constructed into, well, a cathedral of junk. Vince began the still on-going project in 1989 and it doesn't cost you a penny to come look at it -- just call and appoint ahead of time. He also rents the place out for weddings, parties, and other occasions, in case you want to do something really unique.

What do Texas and Yorkshire, UK, have in common? The Futuro House. Highlighted in a recent culture piece by The Guardian, these spaceship-esque domiciles were allegedly built in their 100s by a Finnish architect in the 60s and 70s. Now just one remains in Royse City. Built from reinforced plastic and designed as an easily installed house of the future, the choice of material would probably not win many plaudits in the climate-change-conscious world of day. Still, as space age as they come, the Futuro House will remain a treasured landmark in Northern Texas for some time to come.

The Orange Show (now officially the Orange Show Center for Visionary Art) is a folk art installation that has taken a life of its own since first being created by mail carrier Jeff McKissack in the 1950s. Programming at the Orange Show is for both children and adults and includes hands-on workshops, music, storytelling and performance, the Eyeopener Tour program and Houston's most popular public art event, the Houston Art Car Parade.

Fort Worth Water Gardens (Fort Worth)

Billed as a "cooling oasis in the concrete jungle," the 4.3 acre bizarro Water Gardens was built in 1974 and has featured as a location in sci-fi shows and movies. It temporarily closed after three children and one adult drowned in the main pool on June 16, 2004, and reopened after steps were taken to significantly reduce its depth.

Glen Rose, aka the Dinosaur Capital of Texas, is famous for its Paluxy River bottom dinosaur tracks. Dinosaur Valley State Park and Fossil Rim Wildlife Center showcase the evolutionary evidence found here. As a response to this, a fundamentalist Christian decided to open a museum of his own -- to feature what he determined to be solid evidence of Bible-based creation theory.

Of course, that only scratches the surface of weird and wonderful Texas. It’s not often that a state has such a casual approach to design and standards, and it’s exciting for historians and culture buffs everywhere that there are so many remaining architects to reflect on a somewhat crazier time.