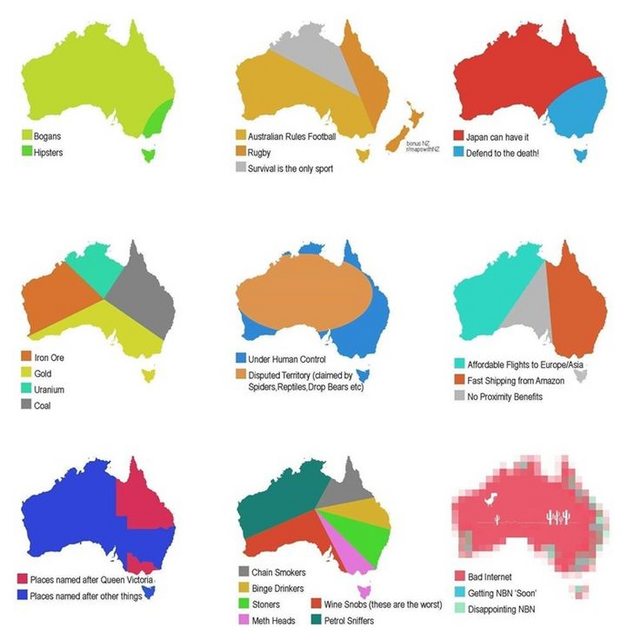 I've been living in in rural QLD for half of my life now, and I'd like to make a change and move someplace else.

From my own research I gathered that it would probably be Brisbane, Adelaide, or Sydney outskirts. Brisbane I think I know the best, simply because I've been there the most frequently. I lived in Sydney for a year so I am semi familiar with it as well - but that's not to say I know everything about these towns. so if you have particular info about these cities I'd like to hear what you have to say.

And Adelaide I've never been to. Its on my list though because its closer to Melb or Sydney (compared to Perth), it has a decent level of property affordability and the cooler climate is definitely appealing to me right about now, with the QLD summer kicking in full swing with the recent country-wide heatwave. I don't want to move any higher than Bundaberg which is where I am now.

There are many things I don't know about Adelaide however, and having read some of what people say online there are mentions of it being unfriendly towards people who move from other states.
That the water costs are higher due to droughts.
There is a lack of public health care and public doctors.
Are these things true? Please let me know anything else important about Adelaide or the other cities for that matter.

I ruled out Melbourne mostly because of the climate. I've never been but I keep hearing that its cold for 7 months, that there are often 4 seasons in one day and that the houses are woefully unequipped for the weather (no insulation, no double glazed windows etc).

I think I'd like to live about a 30 min drive from the city centre. And in some cases I'll probably have to do that anyway because houses are significantly more expensive down south if the house is close enough to the city.

So thats it, please let me know of any important info about these cities, if what I've been hearing is true about them.