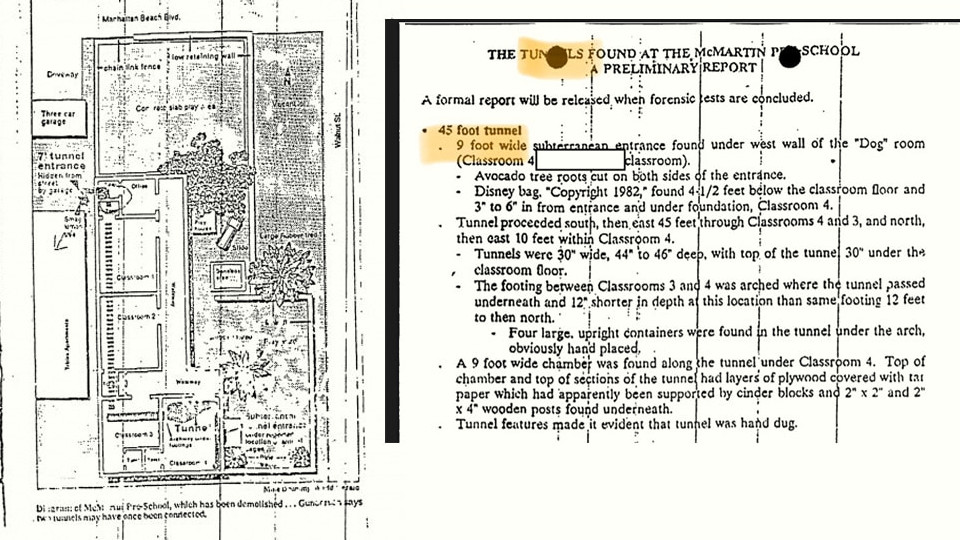 Humans have always been fascinated with spaces in the ground beneath our feet, whether for the possibility of discovering a long-lost civilization, the gates to the underworld, or forgotten treasures. When we can't account for what we do find, these caves and tunnels become a gold mine for the inevitable folklore.

Early humans often left tunnels behind without an obvious explanation -- especially before written language was invented. Other times, the purpose of these tunnels were intentionally kept as closely guarded secrets. Sometimes the actual truth is just dull and boring. Regardless, these unexplained underground spaces are interesting and we can't help but wonder about their secrets. 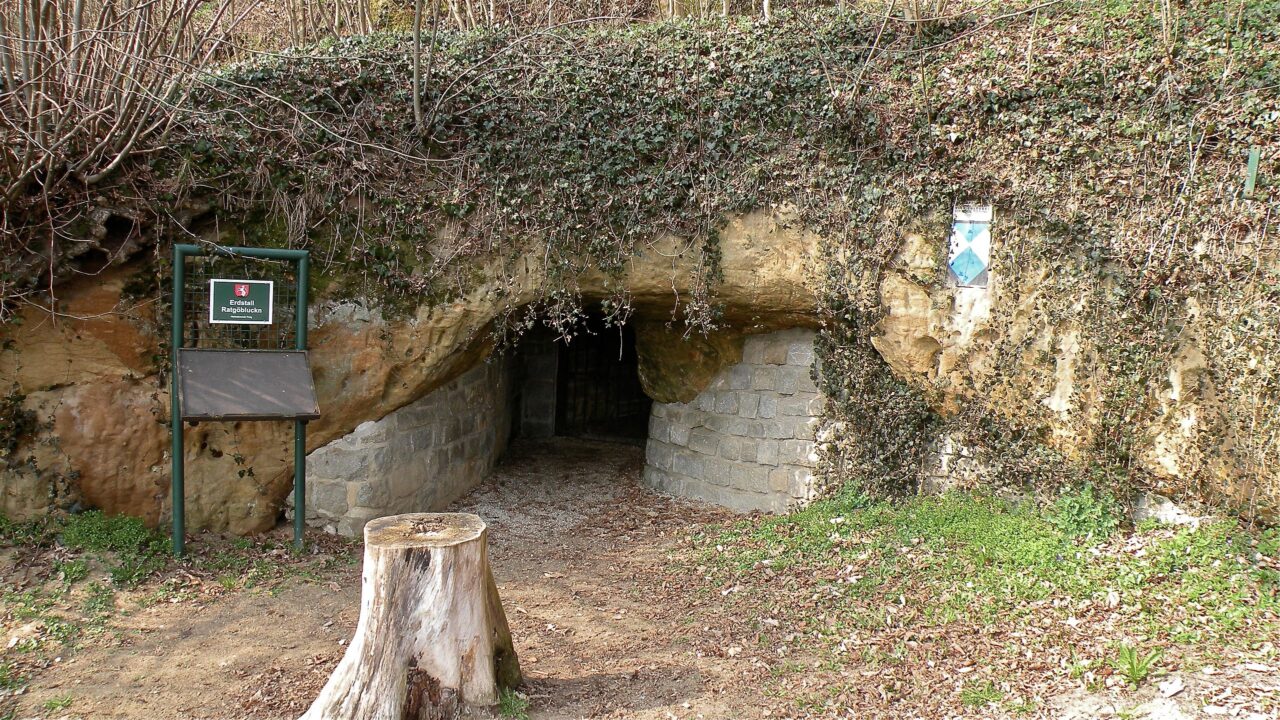 They can be found all over Europe, but underneath the German region of Bavaria in particular there's an notable abundance -- more than 700 unexplained prehistoric tunnels that continue to baffle experts to this day. They go by many names, including erdställe ("earth-stables"), schrazelloch ("goblin hole"), and alraunenhöhle ("mandrake cave"), and they're the subject of many fanciful theories and legends.

Most of the tunnels are low and extremely narrow with only one entrance and no exit, and they're generally not longer than 160 feet. Some experts suggest the tunnels are dated back to the Middle Ages -- as early as 950 AD. That's about as much as they think they know. Folklore has it they were built by elves, were homes for gnomes, were secret escape systems for ancient castles, or even gateways to the underworld.

There's likely almost as many reasons as there are caves, but it's fun to think about -- and not least explore. Germany has dedicated erdställe explorers who no doubt hope to run into ancient treasures hidden away during ancient wars and then forgotten about.

The "Finders" cult is a treasure trove for conspiracy theorists -- there's child abuse, potential Epstein links, satanic symbology, and the air hanging over it smells of deep state cover-ups if you tune your nose just right. If you're not familiar with the Finders, buckle up.

In 1987, two members of a group called the Finders were arrested by Florida police on misdemeanor child-abuse charges that were dropped a few weeks later. The two men had been found with six extremely dirty children huddled together in a smelly van and no good explanation for who they were or what they were doing with them.

Reports from the 80s claimed the group used "sex and children to obtain power and money," according to Vice. The conspiracies took wings from there and the connections to Epstein and the deep state are obvious for the conspiracy-minded.

So what else could make this child sex cult even more mysterious and sinister? How about a bloody secret underground tunnel network?

Recently released FBI documents reveal that the Finders operated a preschool that was only accessible through a 45-foot tunnel system, which boasted an internal fire alarm system that wasn’t connected to the fire station with switches in every classroom, and pentagrams that FBI concluded had been drawn by the adults of the operation.

Residents of the historic neighborhood of Ybor City in Tampa, Florida have been scratching their heads for years about the city's mysterious tunnel system.

Dr. Gary Mormino, professor emeritus of history at USF, said the tunnels are up to 7 feet tall and 7 feet wide, according to Tampa's local KSTU-TV. Considering the structure of these tunnels, Morimino rules out the possibility that they were used for sewage purposes, contradicting reporting from Tampa Bay Times.

The professor speculated that the tunnels could have been used for trafficking Chinese prostitutes from Cuba to the Port of Tampa in the early 1900s. However, a newspaper article from 1921 claimed that "gambling paraphernalia of all kinds" were found in the tunnels.

A 1921 newspaper article, however, offers fresh clues as to the tunnels’ uses.

Michael Strickland, a professor at Amridge University and independent historical researcher, contacted Fox News after seeing the Sept. 25, 1921 issue of the Tampa Tribune.

A Tampa Tribune reporter accompanied police into the mysterious tunnels as part of an article. “Underground tunnels, hidden panels, solid, barred doors, veiled passages, lookout poops and signal devices, all relics of a bygone day and age in this city, were discovered,” the article says. “In addition, gambling paraphernalia of all kinds, celo tables, poker and belita layouts, every device known to the ingenuous minds of the gambling fraternity, were found in what were once notorious resorts.”

Maybe all the theories are true? I know if I ever find my own long-forgotten sewer system I'm not wasting the golden opportunity for a gambling den/Chinese prostitute smuggling hybrid operation. 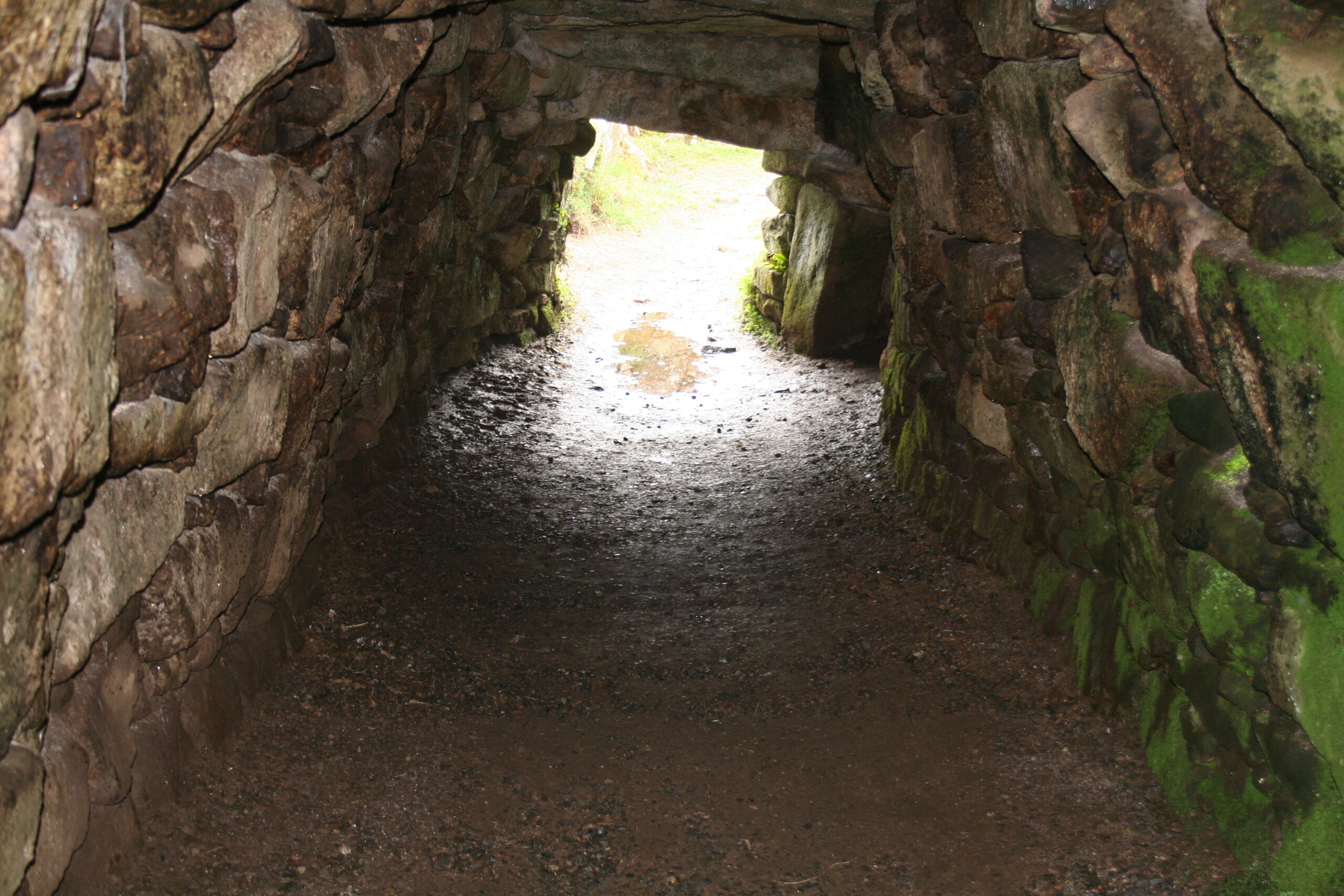 Underneath it are fourteen mysterious tunnels named "Fogous" (Cornish for "cave") that remain unexplained. The tunnels were meticulously designed with stone slabs and topped with capstones, which would require a lot of time and resources in the Iron Age, and nobody has any idea why they were built, according to a BBC story on the tunnels.

Other European countries have similar Iron Age caves, likely serving different uses based on region and culture, but they are all collectively called "souterrain" from French sous terrain, meaning "under ground."

There are some clues for Cornwall's fogous: most of them have a main passage orientated towards the south west, a creep passage, and a side passage. A Cornish Journey adds this: "We do know that fogous are all associated with former habitation and many of them are still close to modern houses. Have people been living next to these monuments for 2000 years? What have they used them for? Why have they not robbed them for building stone?"

Secret tunnel under a Mexican pyramid 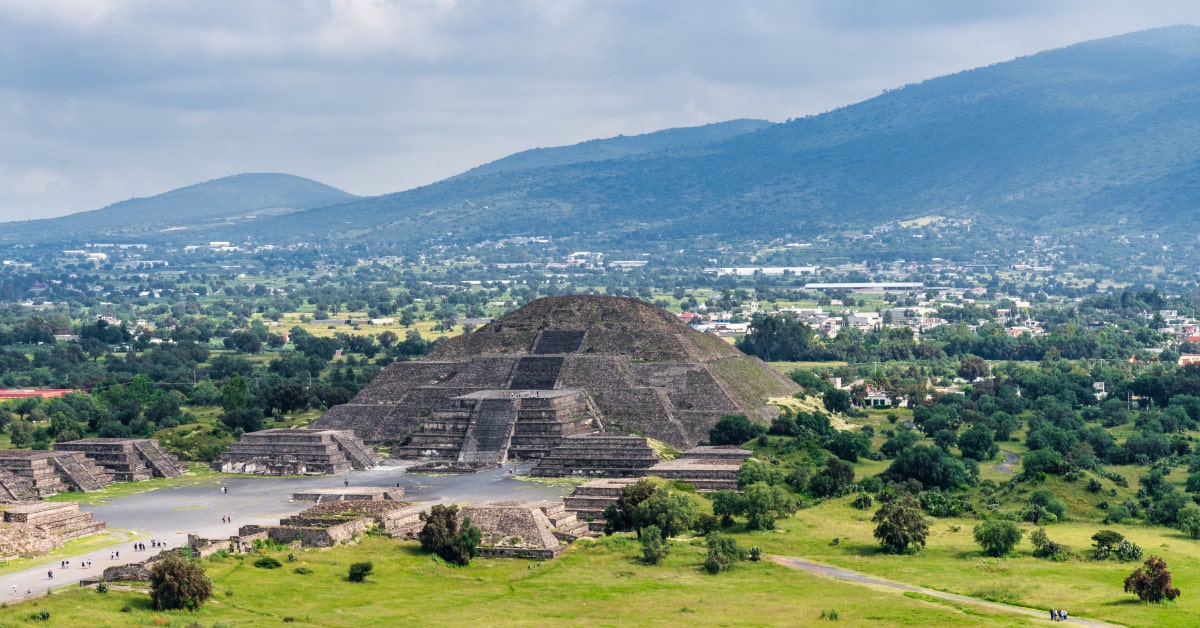 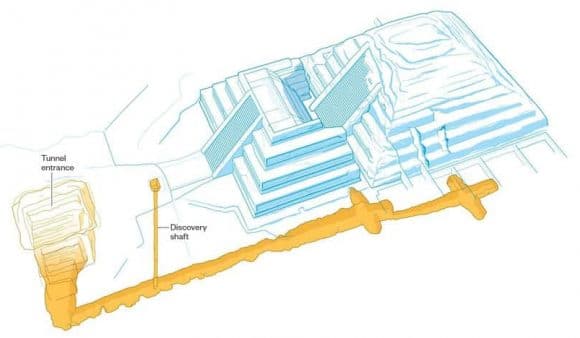 Using electrical resistance technology, researchers discovered a subterranean tunnel that leads to a hollowed-out chamber about 26 feet under the pyramid, Smithsonian Magazine reported. There's no explanation for the tunnel -- some researchers suggest it was meant for funeral rituals, but others suggest it was meant to be a route to the underworld.

It's no surprise that the underground chamber remains a mystery because Teotihuacan itself remains completely unexplained. Not much is known about the city's rise to prominence and sudden collapse, which left the beautiful pyramids completely abandoned for centuries.

The Old Portland Underground, better known as the Shanghai Tunnels for one of the more notorious activities they're associated with, is a group of tunnels underneath the Old Town Chinatown neighborhood and the main business section. The tunnels connected the basements of businesses like hotels, saloons, and opium dens to the docks and were originally built to efficiently move goods between businesses and the ships -- but quickly became associated with all kinds of skullduggery.

“All along the Portland waterfront,” we read, “…’Shanghai Tunnels’ ran beneath the city, allowing a hidden world to exist. These ‘catacombs’ connected to the many saloons, brothels, gambling parlors, and opium dens, which drew great numbers of men and became ideal places for the shanghaiers to find their victims. The catacombs, which ‘snaked’ their way beneath the streets of what we now call Old Town, Skidmore Fountain, and Chinatown, helped to create an infamous history that became ‘cloaked’ in myth, superstition, and fear.”

Another page about the shanghai tunnels describe the process of shanghai'ing:

The victims were held captive in small brick cells or makeshift wood and tin prisons until they were sold to the sea captains. A sea captain who needed additional men to fill his crew notified the shanghaiiers that he was ready to set sail in the early-morning hours, and would purchase the men for $50 to $55 a head. ‘Knock-out drops’ were then slipped into the confined victim’s food or water.
Unconscious, they were then taken through a network of tunnels that ‘snaked’ their way under the city all the way to the waterfront. They were placed aboard ships and didn’t awake until many hours later, after they had ‘crossed the bar’ into the Pacific Ocean. It took many of these men as long as two full voyages – that’s six years – to get back to Portland.

Oldest copper mine in history

Alright, this one isn't quite as mysterious, but there's still lots of history to be dug out of the ground here, and when you hear the word "copper mine," it doesn't sound very interesting either. But underneath Great Orme, Wales lies an almost 4000 year old copper mine -- the oldest known copper mine in the world.

The Great Orme mines helped send Northwestern Europe into the Bronze Age by providing the isle with thousands of tons of bronze, which was extracted from the copper-bearing ore malachite being dug out with stones and bone tools. The mine is sometimes referred to as "the Stonehenge of copper mining."

The ancient copper mine is 5-mile maze of wining tunnels, passageways, and caverns, going as deep as 230 feet below ground.

Archaeologists are still discovering more of the tunnel's secrets today. 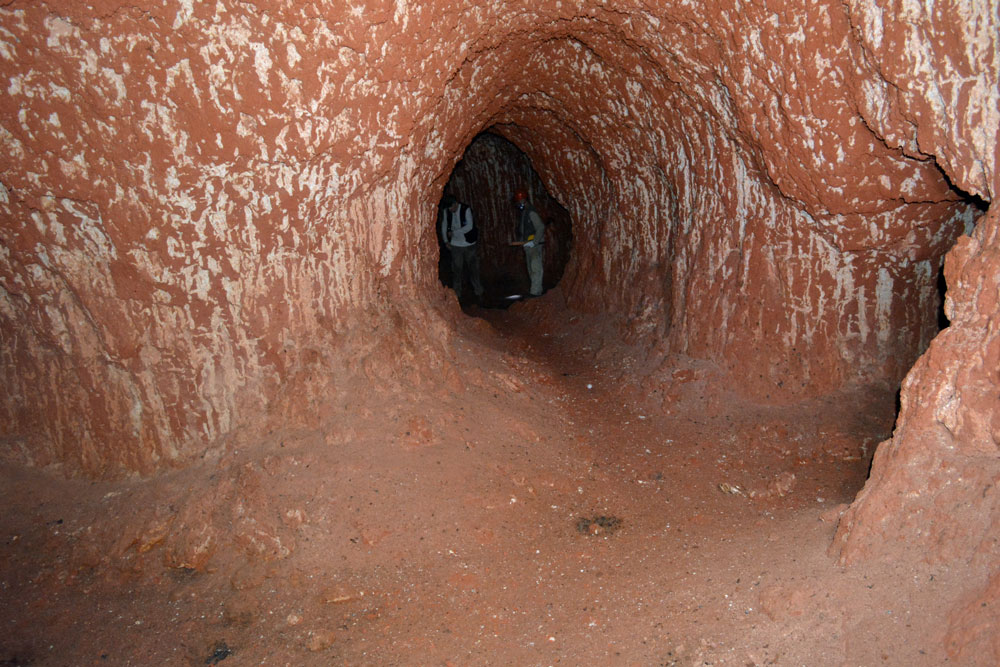 If you're taking a hike in Brazil, you might come across one of the hundreds of mysterious tunnels, caverns, and burrows in South America.

These tunnels can be up to four feet wide and hundreds of feet long, with additional twists and turns. Researchers say these tunnels aren't technically caves, because they weren't created from erosion over time -- these tunnels were deliberately created. Researchers have also found claw marks lining some of the tunnels, according to Discover Magazine.

"There’s no geological process in the world that produces long tunnels with a circular or elliptical cross-section, which branch and rise and fall, with claw marks on the walls," geologist Heinrich Frank said. "I’ve [also] seen dozens of caves that have inorganic origins, and in these cases, it’s very clear that digging animals had no role in their creation."

The best theory is that these tunnels were created by prehistoric giant ground sloths, but nobody knows for sure. 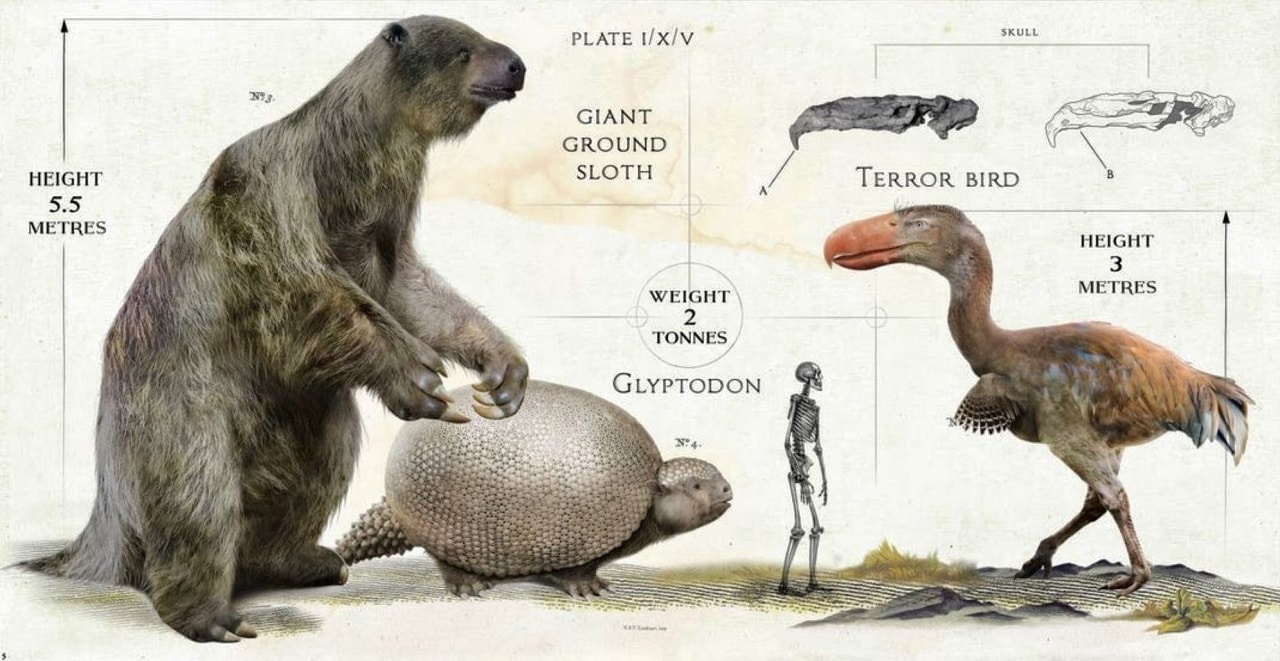