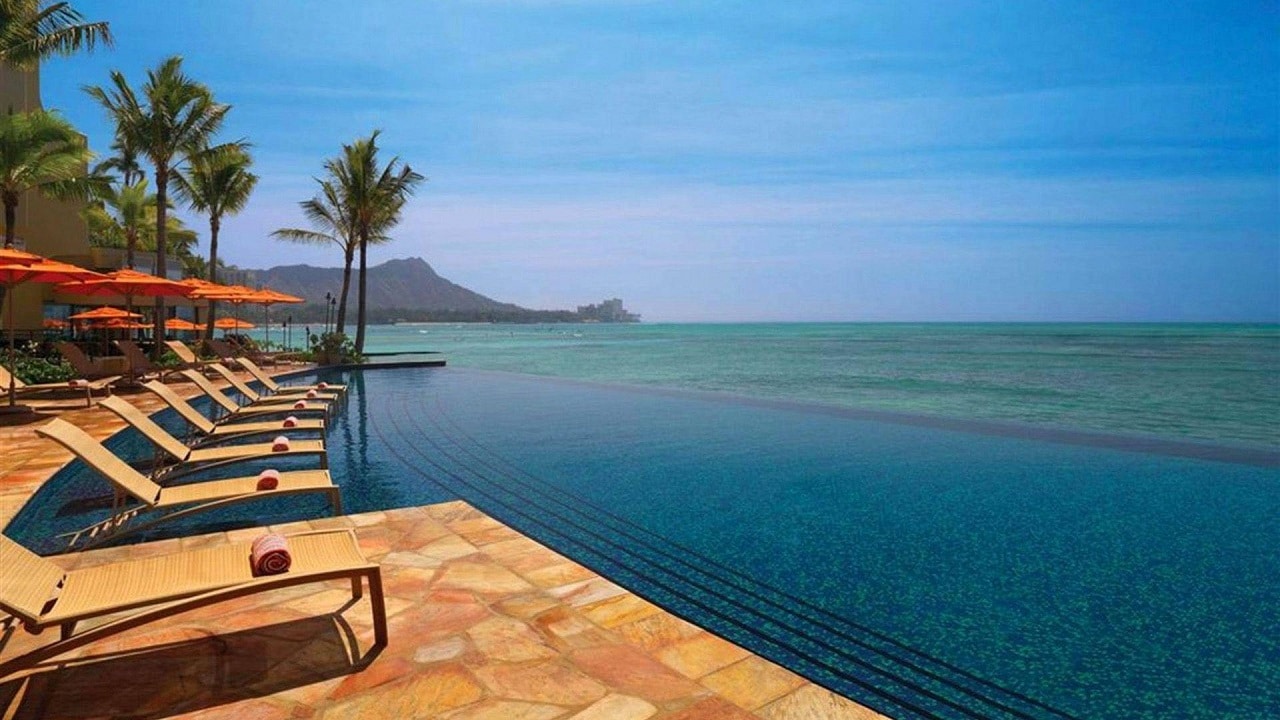 If you're a social media influencer and want to make it big on Instagram, you have to "wow" your followers by visiting the best tourist attractions in the world. And if you're just one of Instagram's one billion users, you're going to show off your vacations any way. After all, most people don't want to share the boring parts of their life. 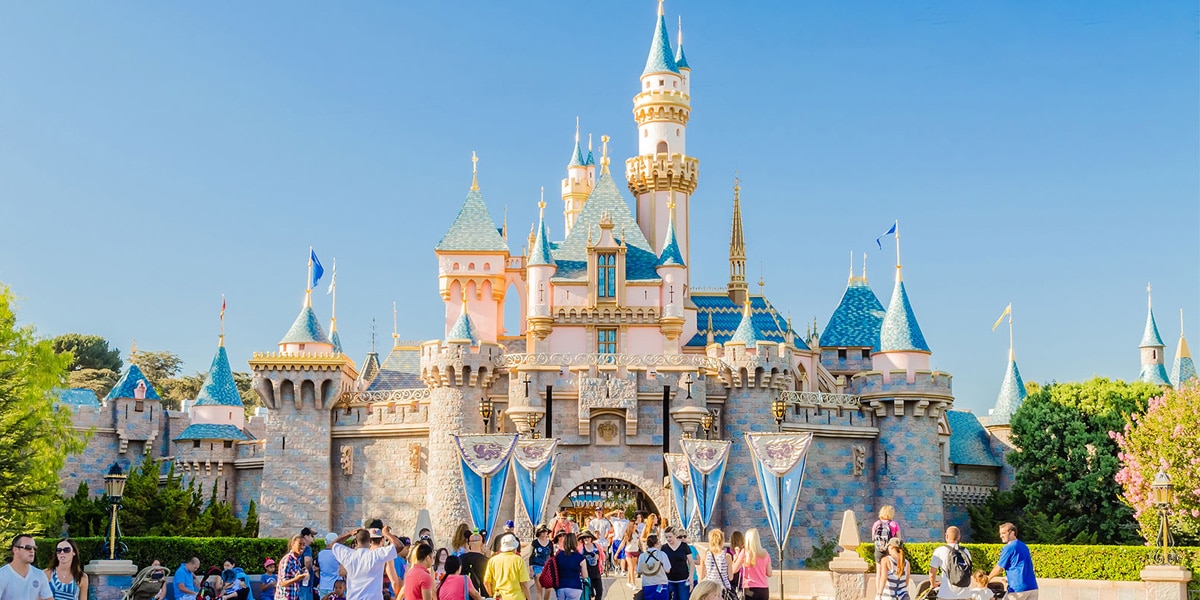 It's not surprising that Disneyland is the most Instagrammed tourist attraction in the world. While it's significantly smaller than its sister park, Disney World, it's located in the mecca of wannabe Instagram influencers -- California. Anaheim California is only a few hours away from cities like San Francisco and Los Angeles, where there is no shortage of Instagram celebrities. 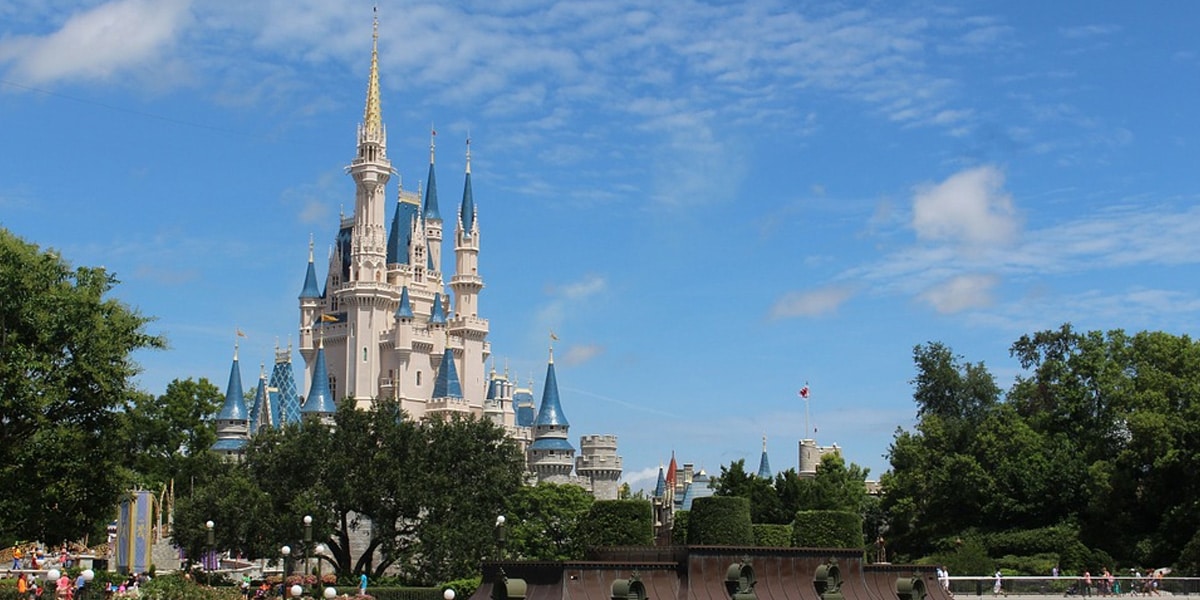 Walt Disney World in Orlando, Florida is a massive Disney park and a must-visit for fans of Disney. It has multiple huge parks jam-packed with rides, shops, and other attractions. As such, it's a popular tourist attraction, which means that a lot of people are sharing their experience on Instagram.

Walt Disney World isn't the only tourist attraction in Disney World. Where else are Instagram influencers going to show off their bikinis and subtly advertise beach-related clothing and products? South Beach is the perfect vacation spot all-year round with nonstop sunshine and blue skies. 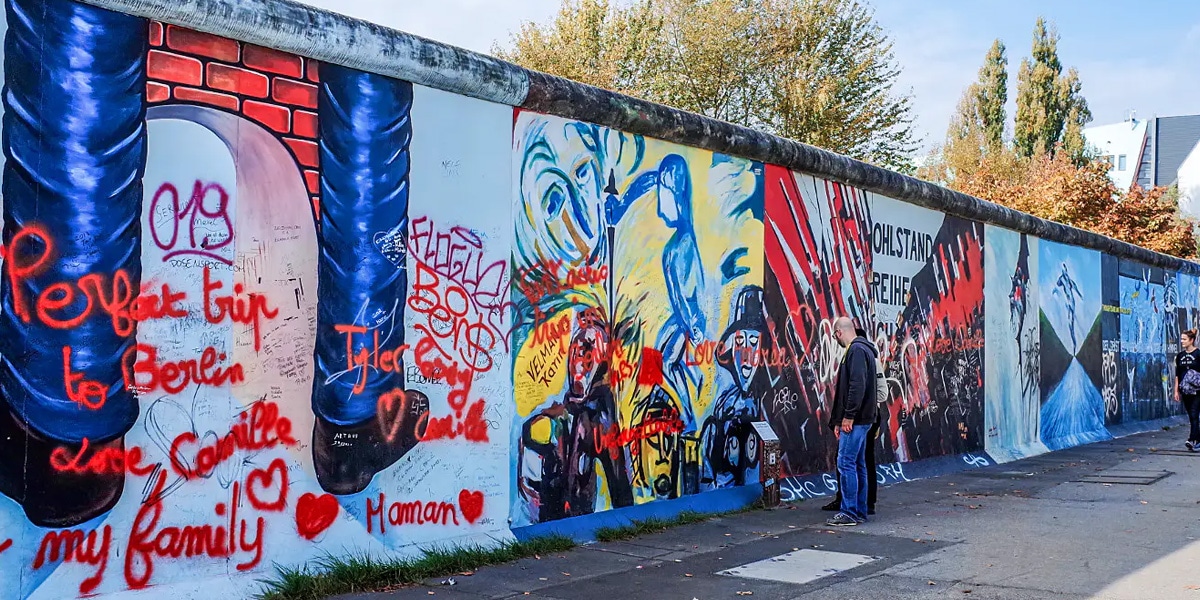 The Berlin Wall is unlike most of the other tourist attractions commonly seen on Instagram. Unlike amusement parks and beaches, there's a lot of history behind the Berlin Wall, including heart-breaking stories of families who were split apart when the soviets closed off their side of conquered Berlin and shot at anyone trying to escape. Today the remnants of the wall features lots of weird graffiti art -- perfect for Instagram selfies.

If you're into bright lights, gambling, and sketchy strip clubs, Las Vegas is the place for you. You don't even need to do anything in Las Vegas to have fun -- you can simply walk down the strip and stare at things in awe. There's also no shortage of weirdos on the sidewalk asking for money in exchange for their various street performances. And if you drive just a few towns over, you can even try out Nevada's legal prostitution. 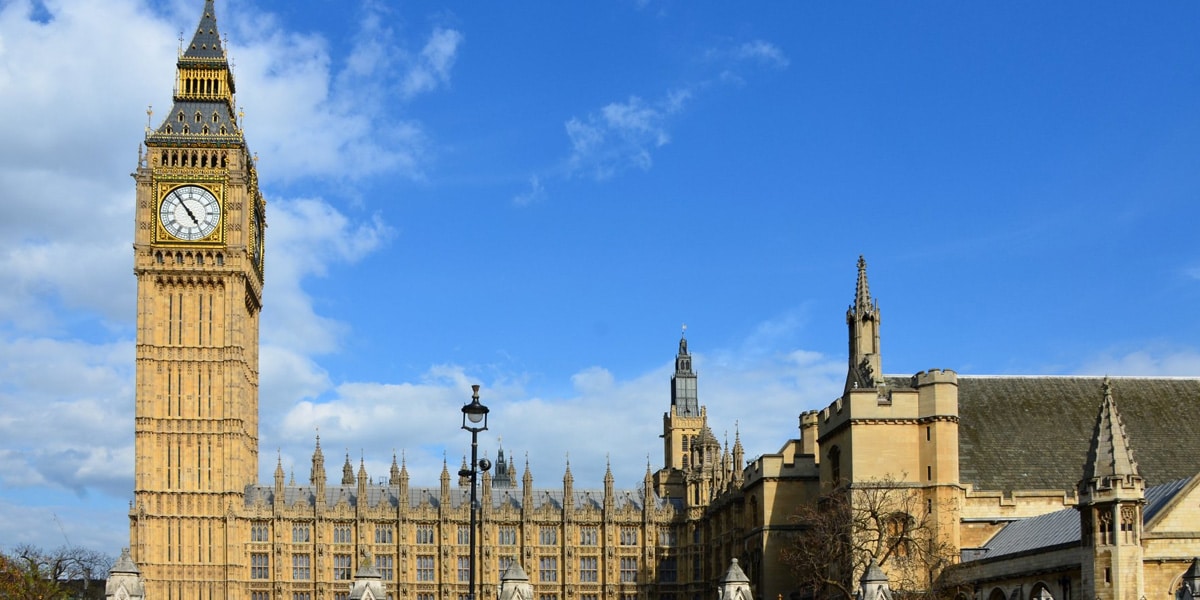 Big Ben is more than just a giant clock -- it's a huge British cultural icon. If you've ever seen a film take place in London -- of course you have -- you've probably seen Big Ben used as an establishing shot. The clock is currently under renovation, but it's still a must-see part of London for tourists. 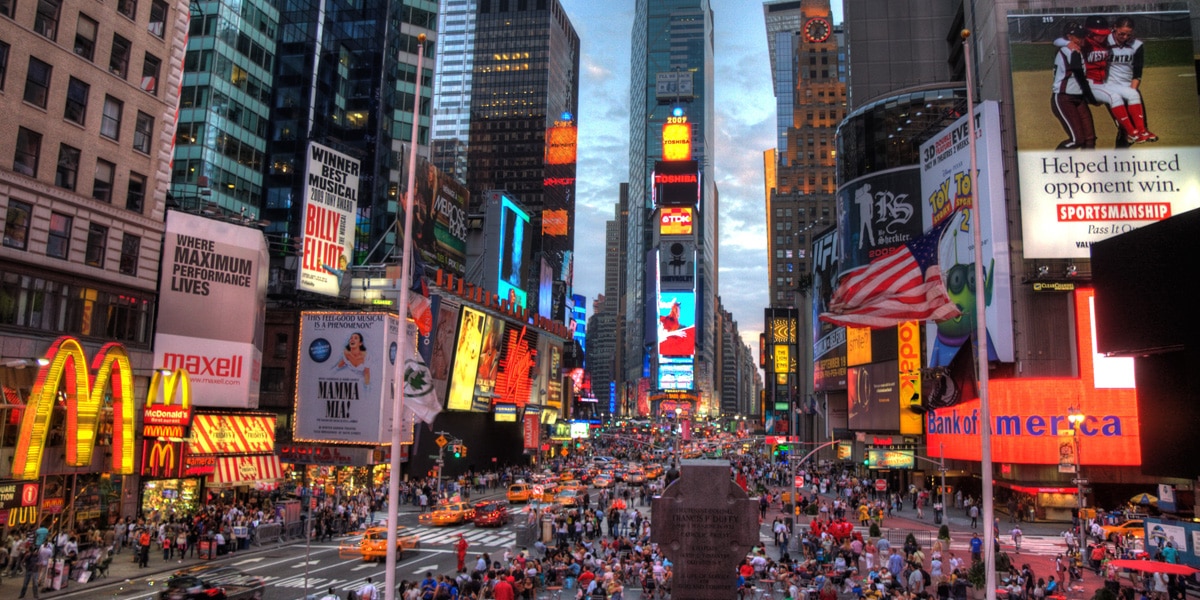 Times Square is a huge hot spot for tourists, commerce, and entertainment, and it's become almost synonymous with New York City. Times Square is sometimes called the center of the universe and the crossroads of the world due to its immense tourist traffic. Times Square also has a lot of high-end shops, which doesn't hurt its popularity with Instagram influencers. 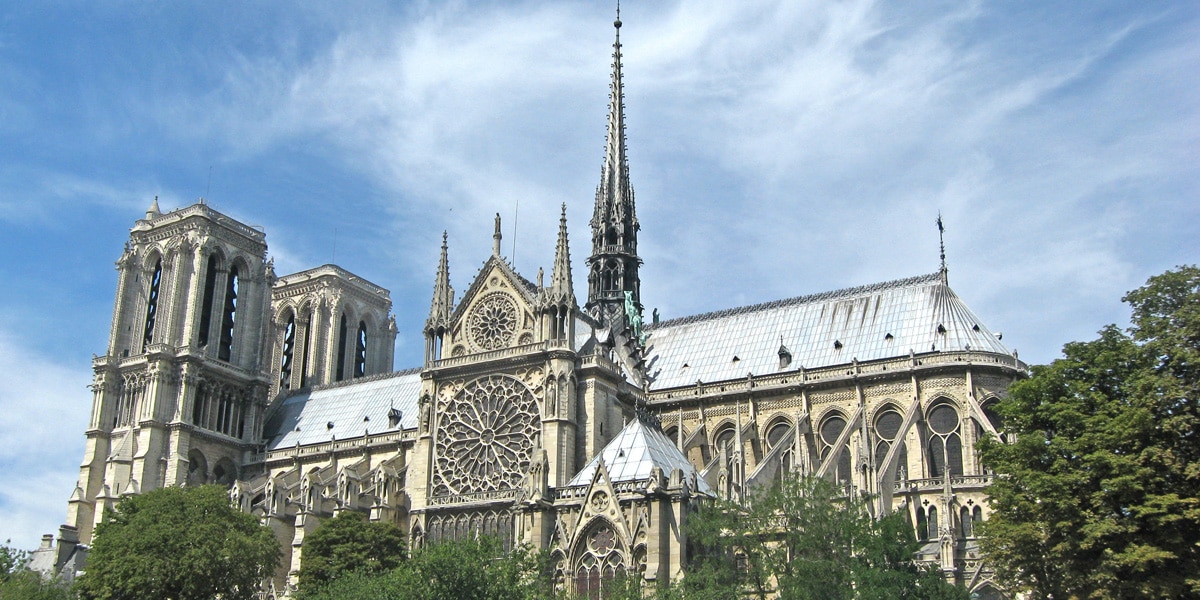 The Notre Dame is an important piece of French history. It's one of the most beautiful Catholic cathedrals in the world, and it attracts tourists from all over the world. Notre Dame might not ever be the same after the devastating fire in 2019, but hopefully renovations will stay faithful to its original beauty.

Oktoberfest is the world's largest beer festival held every year in Munich, Bavaria, Germany. The festival goes on for a little over two weeks from mid September to the first Sunday in October. Every year, millions of liters of beer are served to the millions of visitors. But it's not just beer. Oktoberfest also offers other attractions, such as amusement rides, sidestalls, and games. You can also enjoy the traditional German clothing that people wear at the festival. It's just a fun time all around.

Mardi Gras is like the trashier, rowdier Oktoberfest, where some girls expose themselves for cheap plastic bead necklaces and drink shirtless fat men stumble through the streets. The festival is celebrated all over the world, but the real action is in New Orleans, Louisiana. There's parades, drinking, and of course the general debauchery.

Let's be honest, Canada isn't the most exciting place in the world. The few Canadians who get up to anything tend to do it in the superior country over the southern border. But Canada does have its share of natural beauty. The Niagara Falls is the most Instagrammed tourist attraction in Canada, and that's no surprise: it's breathtaking.

The Machu Picchu is one of the "new Seven Wonders of the World" and one of the most famous archaeological sites in the world. The Incan citadel is located high in the Andes Mountains in Peru. besides the citadel itself, the scenery is beautiful, and you might even spot some wild llamas.

Everything you need to know about the Grand Canyon is in its name -- it's a grand canyon. The natural beauty, which reveals millions of years of geological history carved out slowly over time by the Colorado river, is located in the deserts of Arizona and is the state's most popular tourist attraction. No surprise given that most Americans consider it basic Americanism to pilgrim to the place at least once in their lifetimes.

Hawaii is the home to several beautiful beaches, including Waikiki. It's the perfect tropical beach for Instagram influences to show off their newest bikini -- and for dads to take advantage of contextual social acceptability and show off their tacky new Hawaiian shirts. The Hawaii neighborhood of Waikiki also has high-end shopping centers and other tourist attractions.

So how many of these have you visited?